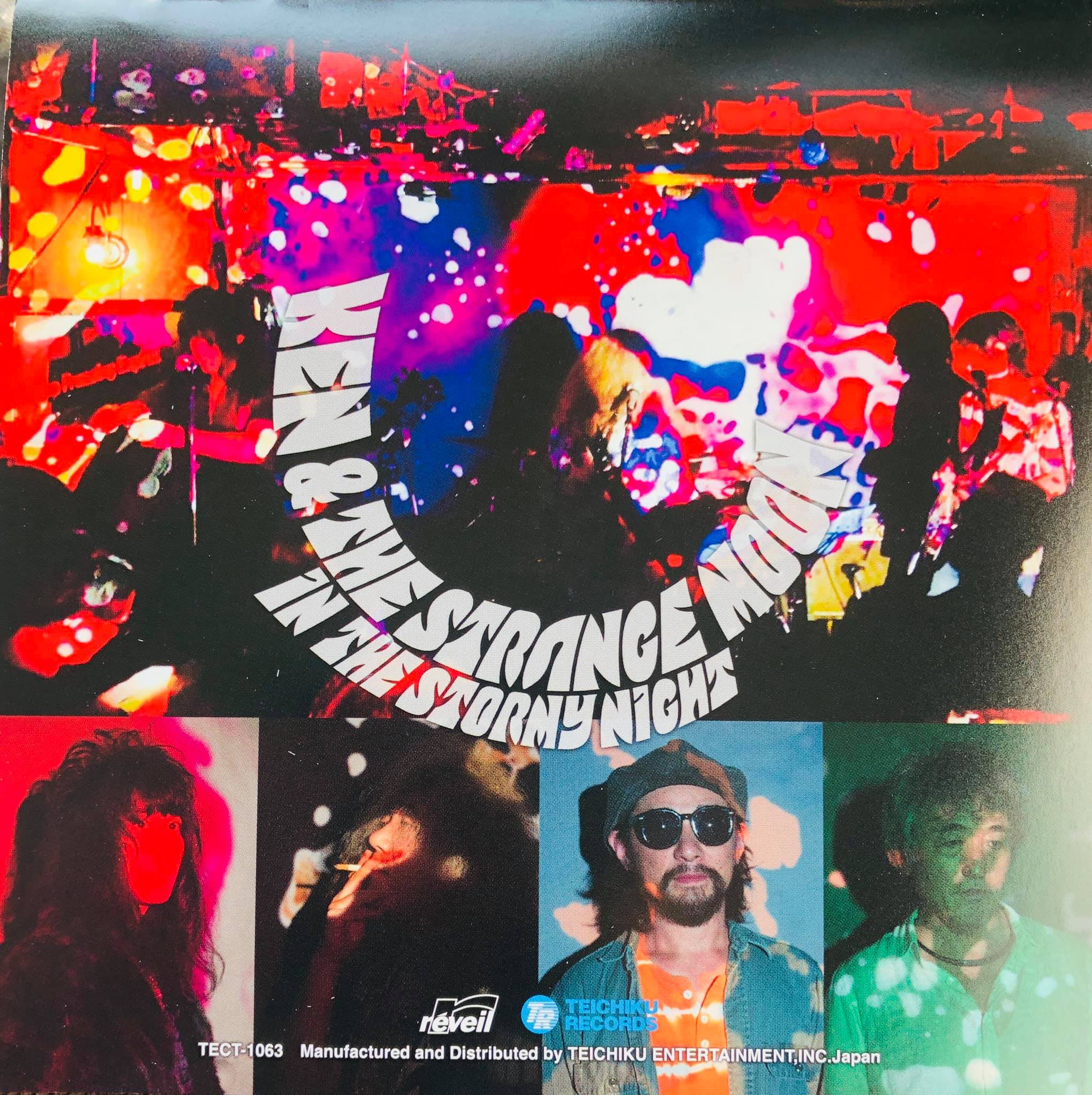 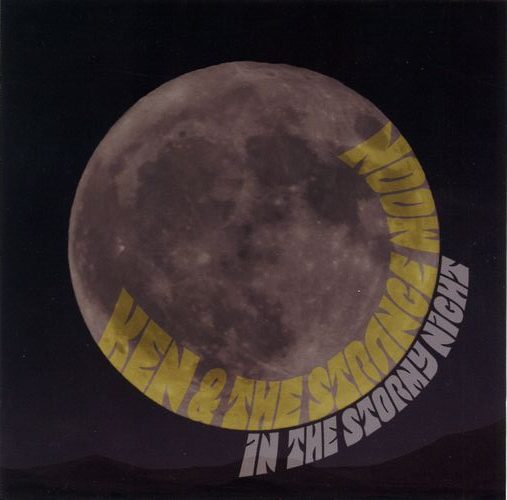 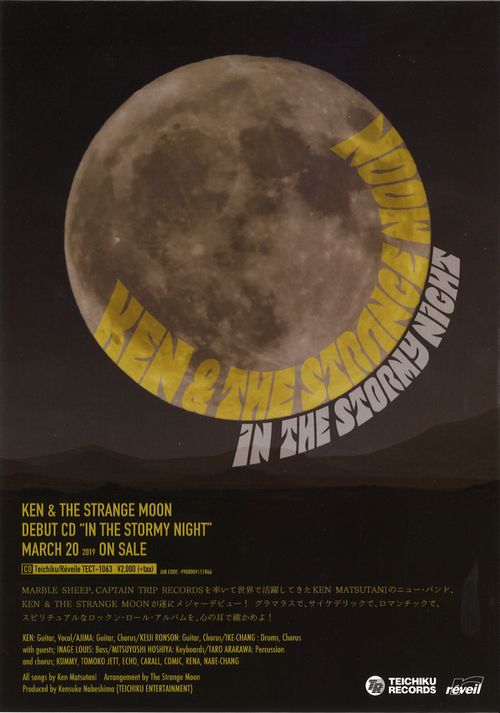 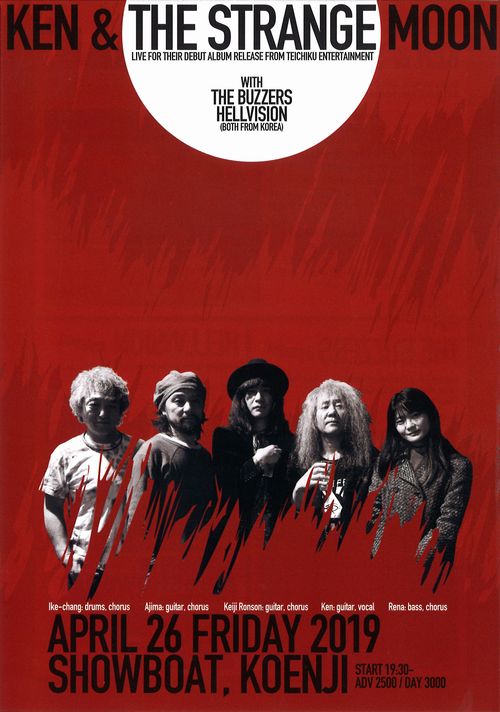 In 1992, he founded CAPTAIN TRIP RECORDS, and has been actively releasing musicians from Japan and abroad.

"KEN & THE STRANGE MOON" is the new project of KEN MATSUTANI.

The album contains 11 songs ranging from explosive heavy numbers to middle tunes. This is a major release.

OverLightShow is in charge of the back jacket and the liquid light in the background of the members.